This week we welcomed another 2 little ones to Woodentops and they settled very well.

In the garden, the children spent lots of time working together to build dens using the fence, stands, material and lots of pegs. They talked and took turns, planned what would go where and debated when what they did didn’t work. It was fascinating to watch. This went on throughout the week.

Hot chocolate!!!! She spent ages sorting out this for her friend.

Our snails came back in. The children talked about how big they had grown over the summer. We found our baby snail and then put some suggested names in a bowl. Lots of suggestions like red, bus, Shelley, snail, unicorn and brown, the winner was Sprinkle. He’s a little bit camera shy so we will get a pic next week. He joins Sparkle and Herbie.

Areas set up for children to explore. 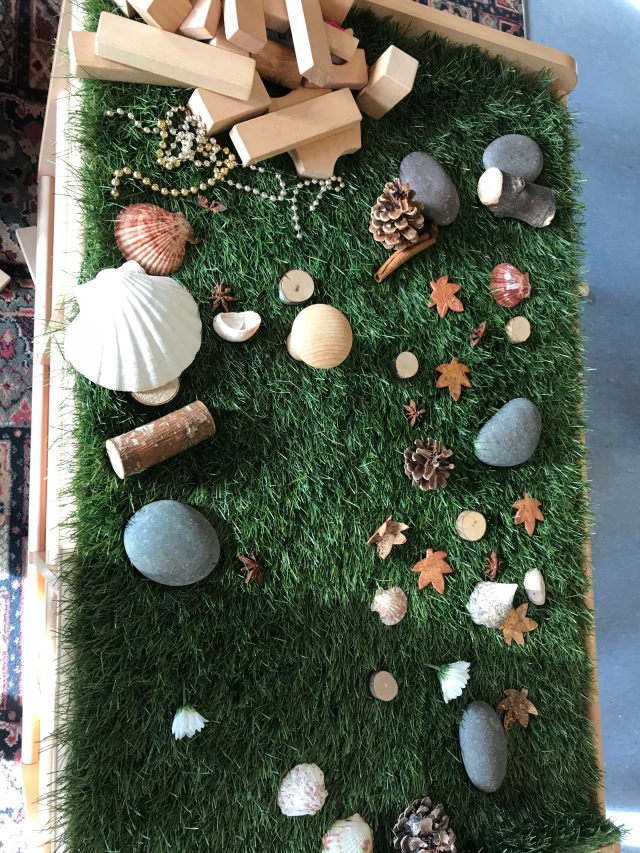 Our Fairy set, made by 2 children. The fairy house is made out of the wooden bricks and the fairies hidden inside.

One of our little ones spent a long time designing her picture. She chatted about what she was doing and why with her friends and the adult supporting her learning.